How do you and your family prepare for the upcoming cold and flu season?

Did you know immune boosting strategies gives you the BEST protection against viral infections like the cold and flu?

The fact is, the status of your immune system is the most powerful determinant of whether or not you’ll get sick this flu season… with flu or one of the hundreds of other flu-like illnesses going around.

SMRT Health is excited to offer a natural solution to cold and flu prevention. This boosts your bodies defences to help you fight all strains of the the flu virus as well as colds.

This product stands apart because:

Struggling with your Hormones?

Hormones are so important to our health that even the slightest change in them can impact us in ways we can’t always imagine. Sometimes we have to roll up our sleeves, do some heavy lifting, and get to helping hormones with outside assistance like the Healthy Hormone Program.

“I used to have so much energy and now I’m dragging my feet.”

“I can’t sleep through the night.”

“I have a shorter fuse then I used to and I’m so easily irritated!”

“I can’t seem to lose weight no matter what I do!”

These are just a few of the things people say when they’re struggling with their hormones. Feelings like that and others can lead to us feeling helpless, at the mercy of our own bodies.

Not all is lost!

Things like our Healthy Hormone Program have a history of success in improving hormonal balance and health in our patients.

The results speak for themselves!

One of SMRT Health’s most successful Healthy Hormone Success stories is about a thirty five year old female with painful periods. A working mother of two, she would suffer from clots and an obscenely heavy flow. Acne would return with a nasty vengeance each time her period came up. She was moody. Her brain fog; and poor memory were becoming a nuisance.

And all of those lovely PMS symptoms would begin up to ten (10!) days before her period flow ever started!

She came to SMRT Health to try the Healthy Hormone program and after meeting with Dr. Stacey Richards, she began treatment right away.

Within a month of starting her treatment, improvements were already being made. For starters, her acne wasn’t as severe. Perhaps most notable at first was that her PMS symptoms began much closer to the start of her period flow. No more ten days of pre-period suffering!

Fast forward several weeks and suddenly her periods were nowhere near as heavy. She didn’t get clots anymore. The dreaded PMS was now almost non-existent.

Her moods were so much better, so much more stable, that even her co-workers had taken notice and were telling her to keep up whatever she was doing. She was practically a new person.

However, she was still feeling fatigued. She would still wake up exhausted beyond belief. While that was less than ideal, she also noticed that, as time went on, the exhaustion and fatigue started to get less and less as well.

By the time she hit the six month mark, her brain fog had started to lift and dissipate. Her memory and mind were clearer; she could remember things easier and retain them for longer. Acne still appeared, but it was minimal, barely noticeable. Her moods were still stable and she was generally happier.

When the one year anniversary of when she began treatment, she was almost a brand new person.

Not only were her periods regular, they were calmer. Gone were the imbalanced hormones that would cause her intolerable pain each month – now, her periods were just simple things she had to have each month. Her acne was gone except for a few minimal break outs from time to time.

Her brain fog was gone; she could finally think and see straight again. She could remember what her kids told her about their days, while still remembering what groceries she needed to pick up on the way home at the same time. Her focus and concentration had improved by 90%.

She was a changed woman.

She was not only happier, she was healthier.

And you can be too.

Are you VITAMIN D Deficient?

Vitamin D Is one the most essential vitamins you need. Learn more about its benefits here.

WHY INJECTION VS ORAL:

Both are safe and effective. A study done earlier this year found that Vitamin D injections lasts longer and has bigger response than weekly oral supplementation. But, with that said, it does depend on the patients choice and lifestyle.

Injections may be better suited for you if:

WHO SHOULD GET THE INJECTION? Those WHO:

If you would like to get your vitamin D levels checked in a stress free clinic or home environment find out more here. 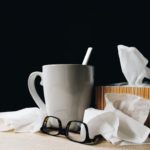 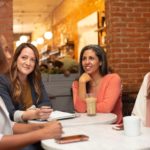 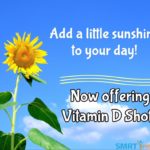 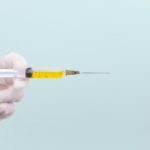 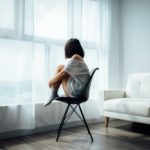 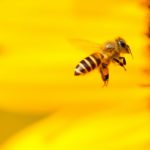 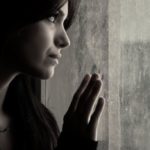 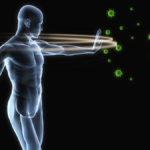 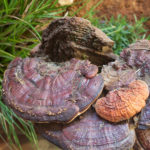 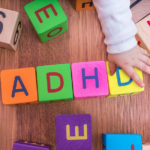